It takes a lot of background work to run MIA’s White Ribbon Campaign here in Guatemala. There is a lot of emailing, class preparation, funding applications, phone calls, and lobbying; but all of this work fades away once you step in front of a group of students to teach about gender and equality. For the past two and half months every Tuesday I leave all my other duties behind and step in front of my students at Escuela Pedro Pablo Valdes, an all boys school in zona 8. I teach our version of Hombres Contra Femicidio and the White Ribbon Campaign to three classes, grades 4, 5 and 6. The program is designed to be didactic and interactive, which produces lively conversation and interesting, thoughtful comments from the students.

I have had the great luck to be working with a supportive staff of volunteers and a great co-facilitator Angel Martinez, who accompanies me so that we can teach gender equality together. The power of having a man and women standing in front of the students, co-teaching themes of gender, violence, sexual harassment, media messages, and dating is not lost on me. We are there to demonstrate that women and men together can create a more equal society, and our respect for each other and the students is an essential element in the success of the program. 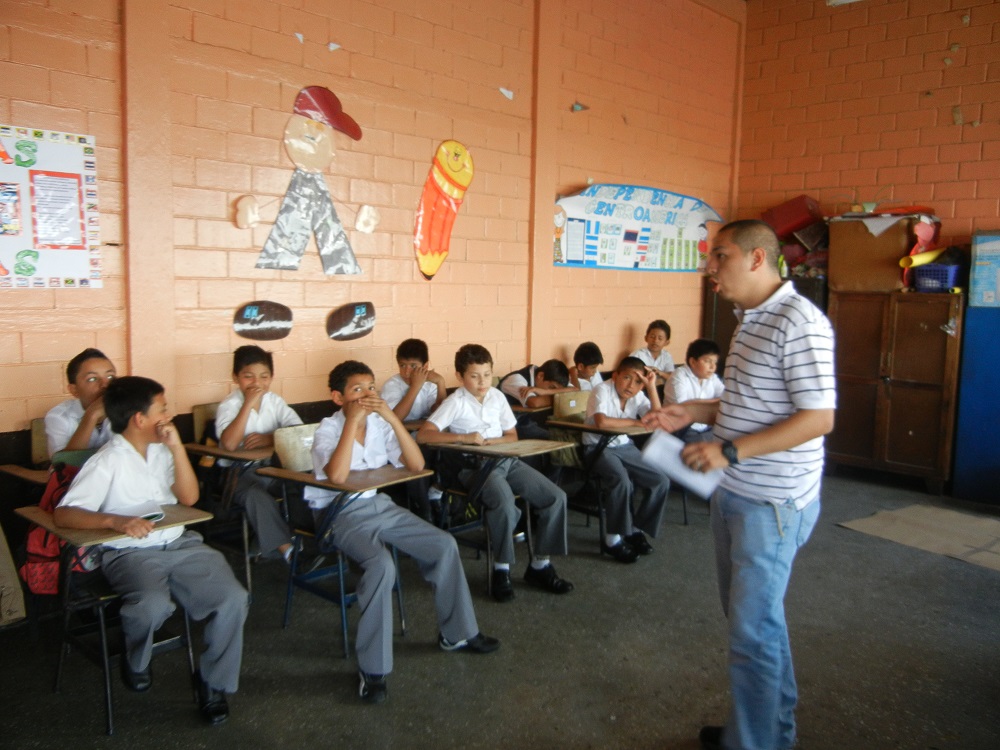 Three weeks ago on July 2, I took the long bus ride to the school. As I entered my first class, I told my young pupils that they had to be on their best behavior because it was my birthday. The class teacher excitedly stood and proceeded to plug in a cd player. As a scratchy instrumental song began, the boys sang their best version of three Guatemalan birthday songs. If anyone knows the national anthem of Guatemala, they will understand that local songs here are not short. The first time I heard the national anthem, standing at attention at the beginning of a conference on victimization, I kept on waiting for the song to end so I could sit, but to my delight and growing urge to giggle, it continued for what seemed like 20 minutes. These class birthday songs followed a similar path, but I was ready this time. As I stood at attention at the front of this class, 25 boys aged 9 and 10, gleefully belted out three various versions of Happy Birthday. As the last song neared the end, boys rushed forward to give me wonderful, sometimes awkward, but very moving, birthday hugs. It was a great present.

This past week I was lucky enough to be at the school for Cultural Day. All of the teachers and students gathered in the playground which is a concrete pit about three quarters of the size of a basketball court. There are frames for holding soccer nets at either end of the playground, but no nets. Normally when I arrive on Tuesdays I see many of the boys playing in the courts, but I have never seen a ball. Instead, the boys play with plastic bottles, though I have also seen them using a large fruit seed at times in place of a ball. I think of all the sports equipment I had when I was young. Yet the boys play and laugh, run and kick, and do not let the lack of ball interfere with their fun. These are resilient children, and I feel so lucky to have been part of their lives for the past three months. 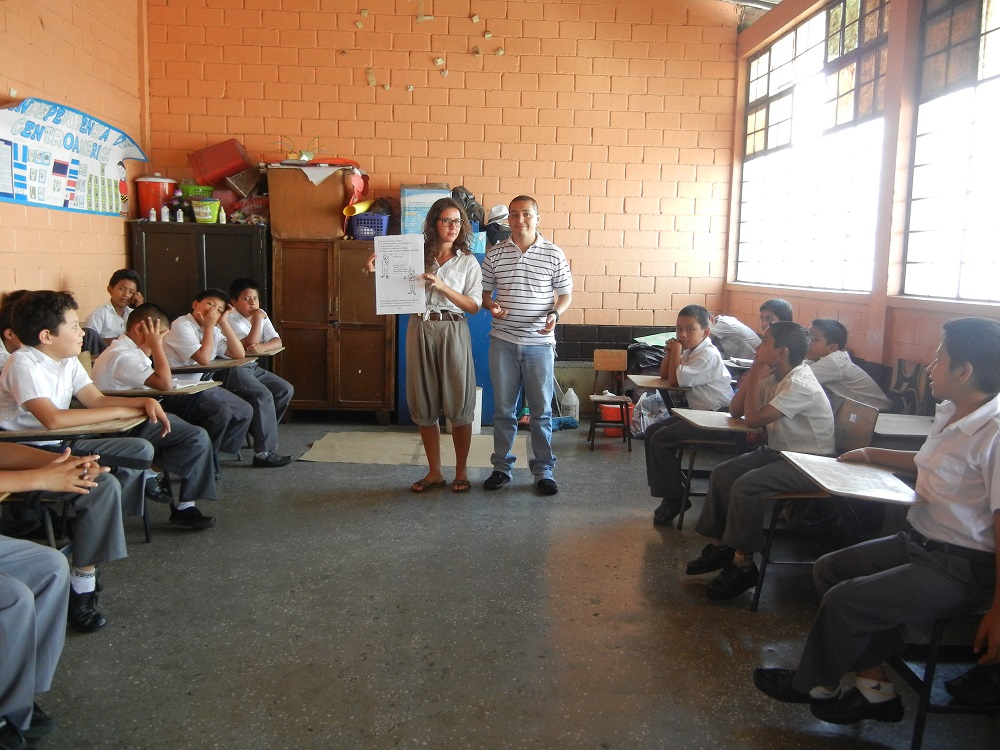 I got to watch students stand in the concrete pit and make speeches about their school, their country and their people. It was the perfect sort of school presentation with awkward giggles, forgetting of lines, teachers telling all the boys to “hush,” and beautiful touching moments.

At times I wonder how much these young men understand the content of what we are teaching. But then there are special moments when you see a light go off for one of the students, when something meaningful has happened, or something we taught resonated deep within them and perhaps even changed their world perspectives. Maybe they have understood how gender inequality creates a climate of violence against women; or maybe they have related something we have taught to their own lives, family, or community. That is why we are here – to work with these young men and help them gain perspective and make small changes that can make a big difference in ending violence against women.

Next week is my final class with these boys. I will bring sweets and candy to reward them for bearing with my insecure Spanish over the past three months. I will review what we have covered, introduce the final material, and ask them how they hope to contribute to the world. By being open to learning ways to prevent violence against women in their own culture, I think that they have already begun to do so.